Self Defense: What to do in the aftermath of self defense.

It’s late at night, and you hear a noise in your house.  You pick up grandpa’s old shotgun from the closet (just in case) and open the bedroom door to see an axe-wielding home invader coming down the hall towards you. 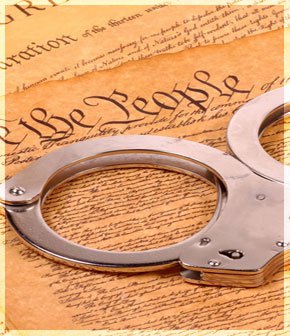 To protect yourself and your family, you have to do the unthinkable – you pull the trigger, and now there’s a bad guy bleeding out in your hall – a thousand things are going through your mind. What you do next can mean the difference between having to deal the emotional aftermath of having killed someone only, or having to deal with that PLUS a lengthy court battle (and possible jail sentence).

Everyone has heard the old wives’ tale: “If they make it outside, drag them back in before the police show up.”  We call those people defendants.  The police will know, and even if the shooting would have been justified, you are now guilty of a felony for tampering with evidence.

Call 911. Unless you live in the middle of nowhere, your neighbors probably have anyway.  You want to be the one on the recording calling for help.

“Whoever calls in first gets to be the victim/complainant.” said Masaad Ayoob, a firearms expert who testifies as an expert witness in self-defense cases, “And there’s only one other role open in the play and that’s the perpetrator – and the perpetrator is lying there in a puddle of blood doing a remarkable imitation of a victim. The system is keyed on the assumption that whoever made that initial call was the victim”

NOTE: This is good advice in any physical altercation – even something as simple as a fistfight. The first person to call is usually the good guy in the eyes of law enforcement.

What you say on this call is important:

HOW NOT TO DO IT: “This son-of-a-bitch broke into my house and I shot him.  Come pick up the body.”

Emotions will be high, but you do not want to sound angry, callous, or uncaring (even if you are).

HOW TO DO IT: “Someone broke into my house, and they tried to kill me.  They’ve been shot.  Please send an ambulance and police. I’ll be in the back bedroom, I’m 5’10”, brown hair wearing a blue shirt and shorts.”

Keep your description to a bare minimum.  You have established that you were attacked (and were in fear for your life), you have asked for medical assistance for the attacker, and you have described yourself to the operator so the police will know who you are when they get there.  You do not want to give any more details.

Your first instinct will be to cooperate fully with the police.  After all, you’re the victim here, and it was self-defense.  But after a life or death incident you are likely to say the wrong thing and that will be used against you.

For example: Back in the 1980’s a police officer approached a suspect who was playing a video game in a store.  The suspect was a wanted felon, and was known to be armed.  The officer identified himself as a police officer, and told the suspect to put his hands up. The suspect turned and pulled out a gun.  In self-defense, the officer shot and killed the man.  During the investigation that followed, the investigator asked to officer to act out what had happened.  He told the officer to show him how the suspect was standing, so the officer walked over to the video game, and put his hands on the controls.  The investigator said “Ok, what did he do when you identified yourself?”  At this point the fingerprint technician yelled at the officer “Get your hands off that machine, I haven’t dusted it for prints yet!”  which made the rattled officer react by jerking his hands off the machine.  The investigator put in his report that the suspect put his hands up after the officer identified himself, because that’s what the officer did in his reenactment.  This was used at trial, and is now used in training of law enforcement officers as to why they should never give a statement on scene after a shooting.  If trained officers shouldn’t be talking to investigators, you shouldn’t either beyond the bare reporting of the incident.  (see “Shut Up” video).

Once the police arrive (and be sure to put down any weapon you may be holding), you want to keep your conversation with the police to a minimum.  Masaad Ayoob recommends that you say only these five things:

1: “That’s him, he tried to kill me.”  You need to establish to the police that you are the victim.

2: “I will sign a complaint against him.”  Re-enforce that you are the victim and you want to cooperate.

3: “His weapon is over there.”  Point out any evidence that might be missed.  Shell casings, weapons, anything you notice that the police might miss.  By the time you talk to your attorney these things may have vanished.

4: If there was a witness, point them out.  Someone who saw the whole thing may not want to volunteer to testify, but they might be the ones who clear your name. If you wait, they might never be found.

5: “I will cooperate fully and give you a full statement in 24 hours, after I’ve spoken to my attorney.”

No matter what the police say, you do not want to give any further statement.  At this point you haven’t even said that it was you who shot him.  Keep it that way. You and your attorney can sit down and make sure that your statement accurately portrays what happened, after things have calmed down.

There is a lot of confusion about an injunction on DACA issued out of a District Court in Southern Texas ...
Learn More