Although the majority of my small town practice is certainly not constitutional law, every once in awhile I run across an interesting issue (or I buy a new camera) and feel it necessary to thrill the world with my newfound knowledge.  So today, I am writing about photography.

With nearly everyone having a mobile phone that is capable of taking photos and videos, the lives of everyday people are being recorded more than at any other time in history.  It is inevitable that conflicts will arise where people who do not want their photo taken  (or don’t want to be video recorded) will confront the would-be photographer.  If you find yourself in this situation (on either side of the conflict) what are your rights?  What about someone photographing children?

This entry will not address the moral aspects of such issues – just the law.  It is well-settled precedent that a person has no reasonable expectation of privacy in a public place. If you are standing in view of the public (whether it is on the street downtown, in your front yard, or even with your curtains open in your own living room) you have no reason to believe that people won’t be able to see you. There is no right to privacy in public, because a reasonable person would not expect to remain private in a public setting.  Anyone with a camera who wants to take your picture can do so.  This includes the photography of children, as creepy as that may seem. 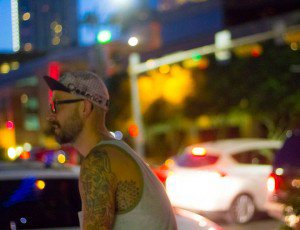 The idea that you or your children may be fair subjects for anyone with an i-phone camera may seem harsh, but consider the alternative.  If you are out with your friends at a bar, and you take a photo to post on Facebook later, do you really want to have to go and get the permission of everyone who might accidentally be in the photo?   If you are at the park with your kids, and you take a family photo that includes someone else’s children in the background, should their parents be able to take you to court?  The legal reasoning is that putting those kinds of restrictions on photography in public would have a negative effect on free-speech, and so laws against public photography have not been upheld by the courts.

Once the photo is taken, it cant be published right?  Doesn’t the photographer need a release?  Well, it depends on how the photo is being used. Releases are for commercial use of a photograph – and that term can be misleading. Just because money changes hands not necessarily make it a commercial photo.  There was a recent case in New York where a photographer took photos of his neighbors, through their windows, as they were going about their daily lives.  The photographer sold these photos as art in a gallery, and the courts upheld that he was within his rights to do so.  Artistic prints are not considered commercial use and neither news photographs. If a photographer takes your picture standing on the street corner and uses it for an art exhibition, he is within his rights.  If that same photographer uses that same photo for an advertisement – implying that you endorse a particular product or idea, he will need a release.  If that same photo is used for merchandise – say he prints t-shirts or coffee mugs using that photo – he would need a release for that too.  Posting your photo to Facebook or anywhere on the web where it is not being used an advertisement is generally not considered commercial use and requires no release.

Who owns a photo?  Do I have a right to use a photo of myself that I find online? Photographs are the property of the photographer that made them and are automatically copyrighted from the moment of creation. Using a photo online or in print, even if it is of you, requires permission from the owner of the photo.  Even if you paid the photographer to take the photo, or paid him for a print of the photo, any separate use not spelled out in the original agreement will require permission due to copyright laws.

There is a lot of confusion about an injunction on DACA issued out of a District Court in Southern Texas ...
Learn More